In The Show Ring 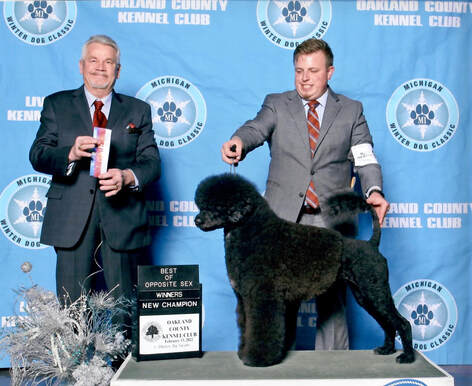 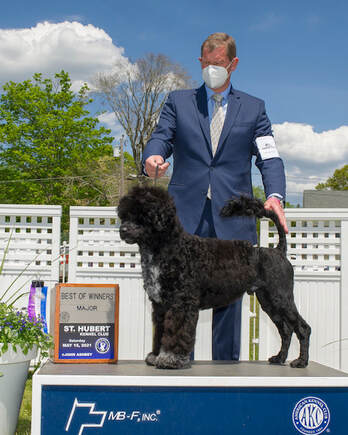 Sire: CH Infiniti's Fish N Chips From Lake Effects (Marlin)   Dam: GcCH Maritimo's Goin' With The Wind TKI, CGC, BN, AWD "Scarlett"
We are very proud of our recent champion, Dagr. He finished his championship in  Freehold, NJ on May 29, 2021 with limited showing at the age of 7 months old. Dagr received multiple BOWs and a BOS  for a major win during the Freehold show. Congratulations to owner Aaron Turnof and his family on this beautiful boy. Expertly handles by Clifford Steele. We can not wait to see what he accomplishes in the future.

GCH Seaworthy Maritimo's Notorious By Seabrook TKN "Nori"
​04-28-2019
Sire: BISS RBIS GCHP Seaworthy's Plan Of Attack CGC, AOM, AOE, TKI, TDI WWD "Patton"   Dam: GcCH Seaworthy's High Tide At Seabrook "Molly"
​Nori had a fun time at her first show in Grayslake, IL Feb. 22-26, 2020. On Friday she took winners bitch for a major. We are so proud of her! She is off to a great start. Thank you to Nick Waters for expertly handling Nori. We were glad to get back into the ring after the long Covid 19 break. We are proud to announce that Nori received her Grand Championship in April 2021 in Delaware with very tough competition.
GCH  Maritimo's Goin' With The Wind TKI, CGC, BN, AWD "Scarlett" 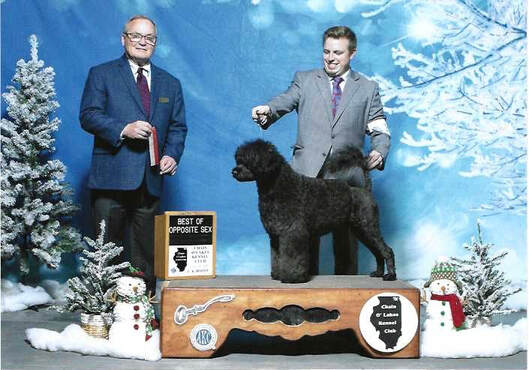 Sire: GCH Bayswater's Bodacious Brio CD, BN, RN, OA, OAJ, OF, TKN, TT, NW2, CWDX, CGC "Brio"  X  Maritimo's Beautiful Disaster "Mira"
Scarlett  had a great showing in Grayslake, IL Feb, 22-26 2020. She went select the first 4 days. She took BOS on the 5th and final day. All days were majors and Scarlett obtained her grand championship. We are so proud of this girl! A big congrats to Patty Johnson, Scarlett's mom. Thank you to Nick Waters for handling Scarlett to her GCH. Scarlett will now be focusing on the performance ring and is off to a great start! 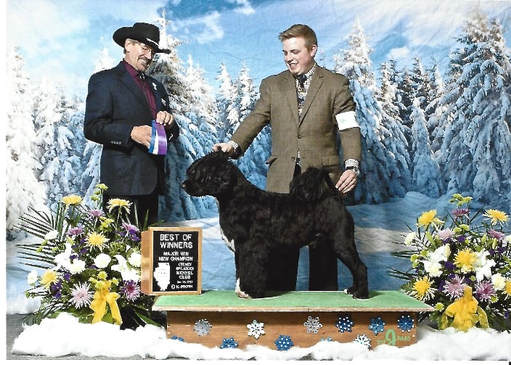 Sire: GCH CH Bayswater's Bodacious Brio CD, BN, RN, OA, OAJ, OF, TKN, TT, NW2, CWDX, CGC "Brio"  X  Maritimo's Beautiful Disaster "Mira"
We are very proud of Clark for earning his AKC Confirmation Championship! He has won multiple Best of Breeds since his championship and is
​well on his way to completing his Grand Championship. He is owned and loved by Stan & Milarie Rude and Patty Johnson.

Congratulations To  GCH Maritimo Rafaga Brillante VCD1 OA OAJ OF RA WWD SROM!
Rafa earned the PWDCNC STAR AWARD for the 10 titles he earned in 2015. Congratulations to owner-handlers
Barbara and Don Niemann. We are so proud of you! Rafa is from our 2013 Baccus X Skye litter. 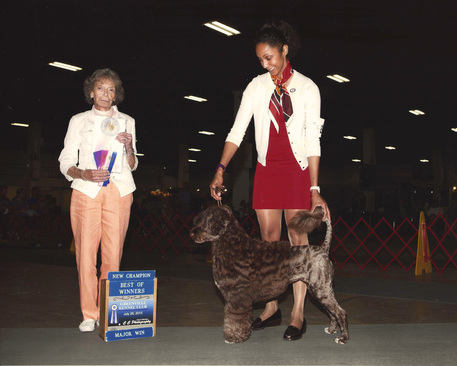 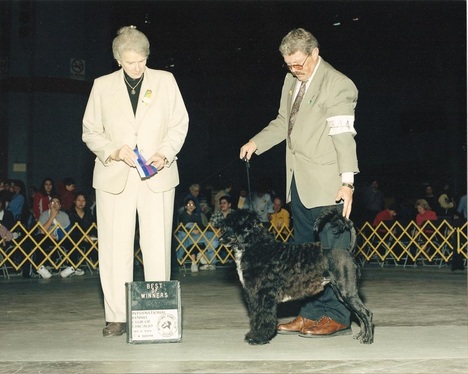 The Maritimo tradition started with Livy, our foundation girl.  She completed her AKC Conformation Championship in just
two weekends with three five-point majors.  She is shown here taking Best of Winners at the 2004 International Kennel Club
of Chicago show under Judge Annie Clark. 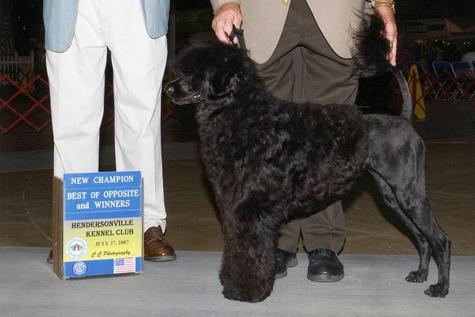 Our first Maritimo-bred champion, she finished her confirmation championship in July '07 with a 4-point major!
Zoey is loved and owned by Rob and Diane McNamee.
CH. Maritimo's Clash City Rocker, "Clash" 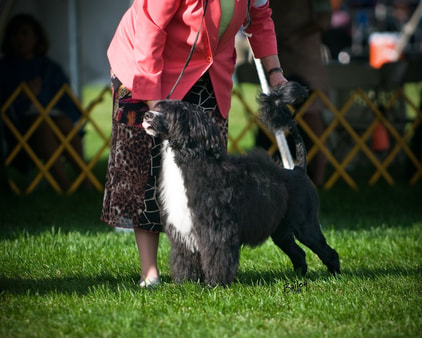 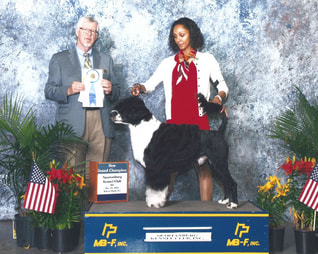 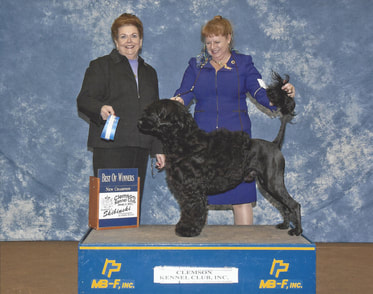 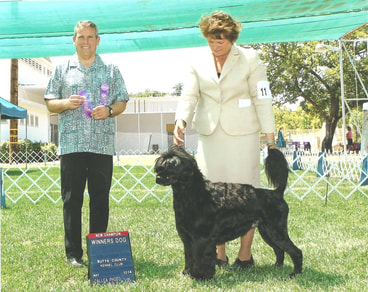